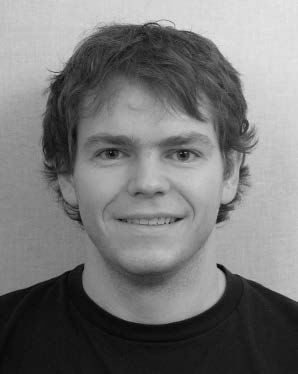 Elmar Lohmueller was born in Tuebingen on February 1st, 1983.

After successfully graduating from the Eugen-Bolz-Gymnasium in Rottenburg am Neckar in 2002, Elmar Lohmueller began the study of "online media" at the Fachhochschule Furtwangen, from which he withdrew after one semester. He then enrolled in the Eberhard Karls University of Tuebingen to study for a diploma degree in physics. After successfully passing the undergraduate diploma in 2005, it was followed by an internship at Robert Bosch GmbH in Reutlingen (2007) and a semester abroad at the Nelson Mandela Metropolitan University (NMMU) in Port Elizabeth, South Africa (2008). From November 2009 to October 2010, Elmar Lohmueller wrote his diploma thesis at the Fraunhofer Institute for Solar Energy Systems ISE in Freiburg on the "Development and characterization of processes for the production of MWT-PERC solar cells", and was able to finish his physics major with a grade of "very good". He was then hired as a research assistant at Fraunhofer ISE and continued to work on the optimization of MWT-PERC solar cells.

For historical reasons, the majority (80%) of today's industrially produced silicon solar cells are based on boron-doped p-type silicon. The p-doped silicon has, however, certain disadvantages compared to, for example, phosphorus-doped n-type silicon. Boron-oxygen complexes, which form especially in boron-doped Czochralski (Cz) silicon under charge carrier injection, act as additional recombination centers. They are responsible for a light-induced degradation: within the first 48 hours under illumination, for example, the initial conversion efficiency value of the solar cell decreases by about 0.5%abs. Further, n-type silicon has a lower sensitivity to metal contaminants. This is reflected in terms of higher volume lifetimes in n-type silicon compared to p-type silicon. N-type silicon, therefore, has a higher conversion efficiency potential than p-type silicon. The aim of the PhD thesis is to transfer the metal wrap through (MWT) concept with passivated surfaces, which has already successfully been used on p-type silicon and will be described in the following, on an industrially implementable n-type MWT solar cell design. Appropriate processes and process sequences for manufacturing should therefore be developed.

With the MWT-PERC (metal wrap through-passivated emitter and rear cell) solar cell, an industrially manufacturable highly-efficient solar cell for p-doped silicon is currently being developed at Fraunhofer ISE. In this concept, the external front side contacts are transferred to the rear side by using so-called vias (metallized holes) and both surfaces are passivated. The MWT-PERC solar cell can thus be contacted on both rear side arranged external contacts. Using established industry-level production technology, the produced MWT-PERC solar cells, with a selective and post-oxidized emitter as well as screen-printed front side metallization, reached high conversion efficiency values of 19.4% (Cz, annealed) and 20.1% (float-zone, FZ) on large-area cells with 149 cm² wafer size. By using a dispensed front side metallization, conversion efficiency values could recently be increased to 20.1% (Cz, annealed) and 20.6% (FZ) (each confirmed by Fraunhofer ISE CalLab PVCells). The light-induced degradation affects the Cz material in both cases, with a significant conversion efficiency loss of about 0.5%abs. 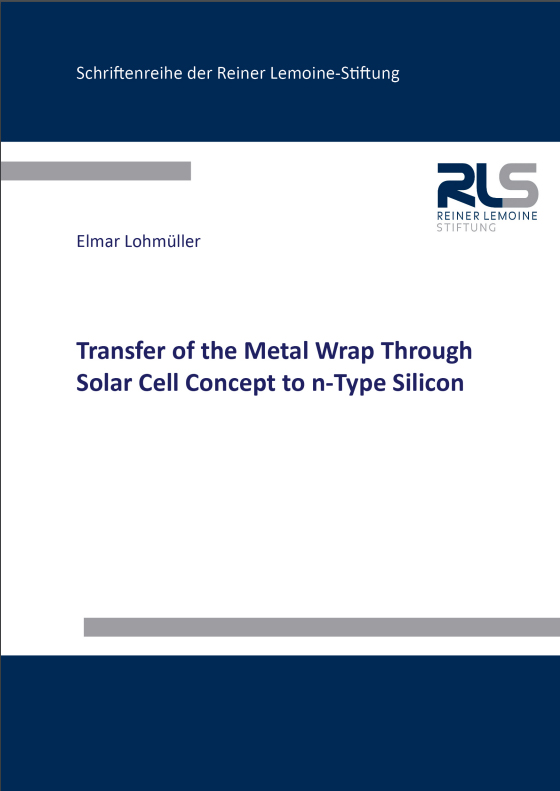