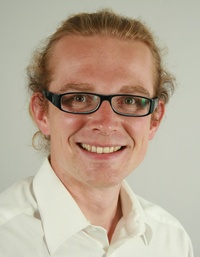 After his Abitur in 2000 Philipp Löper did a one year volunteer service in Croatia and Bosnia-Hercegovina. He studied physics in Erlangen (Germany), Sevilla (Spain) and Freiburg (Germany) and obtained his diploma in 2008. Within his studies he specialized in time series analysis, systems biology, material science and solar cell physics. He deepened his knowledge of solar cells and especially novel photovoltaic concepts investigating upconversion for solar cells in his diploma thesis. Currently he is working on a silicon nanocrystal solar cell within his PhD thesis „Silicon quantum structures for photovoltaics".

Photovoltaics occupy a key role within the pantheon of renewable energies. The direct conversion of solar radiation to electrical energy brings essential advantages compared to other renewable energies. Firstly, sustainably explored wind and water energy sources are not able to cover the global energy demand, but solar radiation is available in almost unlimited quantity. Secondly, photovoltaic installations are variably scalable at will due to their modularity and may thus be established just as well on one-family houses as on huge power plants. Within the different photovoltaic materials, silicon leads the way due to the market share of 87% of solar cells being of silicon origin. Silicon is non-toxic, abundant on the earth's crust, and silicon technology is highly developed because of the broad employment of silicon in the microelectronic industry. However, the rapid growth of cell production has led to supply bottlenecks for silicon material of suitable quality for photovoltaics. This boosts the implementation of optimized process technologies, as well as alternatives to the predominant silicon wafer technology such as thin film approaches. However, in the final analysis, both routes - optimized process technologies as well as alternatives such as thin film approaches - implement the same known cell concepts and share the same fundamental efficiency limit, which results from the charge separation by ONE p/n-junction. Therefore, in the long run, lower material consumption and thereby lower costs per kilowatt installed power is only achievable by novel solar cell concepts that yield higher efficiencies.

This PhD project aims at increasing the efficiency of crystalline silicon solar cells using nanostructured, silicon-based composite materials in novel cell concepts. The electronic band gap of such composite materials is adjustable by controlling the size of silicon nanocrystals ('quantum dots') due to the quantization of energy levels. By this means, absorber layers can be optimized, especially for a certain spectral region and may serve as building blocks for silicon-based tandem solar cells. Furthermore, the electron impulse in quantum dots is undefined, which leads to enhanced radiative transitions compared to bulk silicon material. This translates to a stronger absorption and is thus advantageous for a solar cell. Silicon quantum dots in silicon-based dielectric matrices enable the fabrication of energy selective absorber layers with high absorption and provide a possibility to realize tandem solar cells made of crystalline silicon materials. Within this PhD project, suitable materials will be optimized based on a comprehensive material characterization with the emphasis on the yet unknown electrical properties of silicon quantum structures. The accurate physical analysis will accompany the fabrication and optimization of quantum dot solar cells. 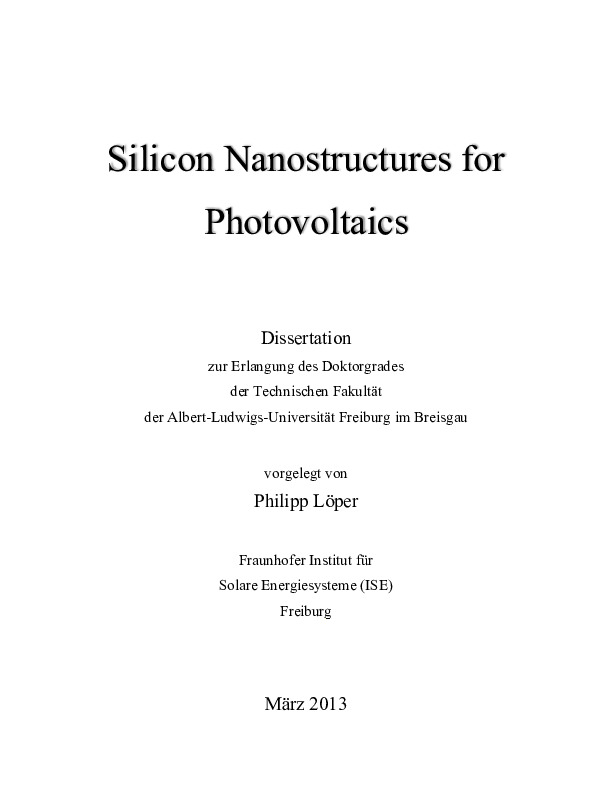