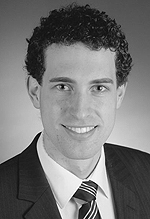 Tobias Roesener graduated in Physics at the University of Karlsruhe in September 2007. During two semesters of studying abroad at the Canadian University of Toronto – supported by a scholarship of the state of Baden-Württemberg – he gained experience in setting up optical experiments in an undergraduate research project entitled "Preparations for a Two-Color Pump-Probe Experiment".

His diploma thesis belonging to the field of nanophotonics was carried out in Prof. Martin Wegener's workgroup at the University of Karlsruhe. In the course of his thesis Tobias Roesener dealt with three dimensional photonic crystals by investigating them by means of near-field optical microscopy and simulations on field distributions inside those photonic crystals.

Along his studies he worked as tutor in courses on theoretical as well as experimental physics and engaged himself as member of the academic society "Akademischer Verein Hütte e.V.". He complemented his studies with self organised travels to Cuba, New Zealand, Thailand, Malaysia and Singapor as well as a language trip to Quito, Ecuador. In April 2008 he began his PhD at the Fraunhofer Institute for Solar Energy Systems (ISE) in Freiburg in the field of III-V multijunction solar cells on silicon.

By means of saving raw material and increasing solar cell efficiency costs proportional to solar cell area can be reduced. Currently the highest efficiencies – in theory and experiment – are reached by multijunction solar cells fabricated from III-V compound semiconductors in conjunction with concentrator systems for focusing sun light on these solar cells. Highest efficiencies multijunction solar cells with a composition of (GaIn)P/(GaIn)/Ge reach efficiencies up to 40.8%. Though this solar cell technology is mostly used for space applications it becomes increasingly relevant in terrestrial applications such as solar power plants. In the long term it will be essential to the enhancement and cost effectiveness to further reduce production costs for this cell type. A significant part of the costs of III-V solar cells are allotted to the Ge substrate, which is about ten times as expensive as a monocrystalline Si wafer of high quality. In addition to the sole cost argument Si provides – in contrast to Ge – higher break strength, higher thermal conductivity, lower weight and virtually unlimited availability. Furthermore, Si (with its band gap energy of 1.1 eV) depicts an almost perfect material for a bottom cell in a dual junction solar cell.

The main challenges in accomplishing the project are the difference in thermal expansion coefficients of more than 100% and lattice constants of about 4% between Si and Ge (and GaAs, respectively). During epitaxial growth of these materials dislocations and cracks can occur which negatively affect solar cell crystal quality.

Therefore a fundamental strategy for realising III-V multijunction solar cells on Si is the growth of SiGe buffer layers which grade the lattice constant from Si to Ge. Strain introduced during cooldown by different thermal expansion coefficients after epitaxial growth can generate cracks in solar cell layers. To reduce such strain different routes are followed such as the growth of intentionally strained buffer layers or the implantation of hydrogen atoms underneath the Si surface which generate an amorphous layer for partially relieving the strain. Fabrication of GaAs single junction solar cells and development of (GaIn)P/(GaIn)As dual junction solar cells finally takes place on Si/SiGe buffer structures. An industrial MOVPE reactor specially designed for SiGe growth will be put into operation until end of 2008. A second (already existing) MOVPE reactor intensively used for III-V multijuncion solar cell growth will be used for the GaAs- and (GaIn)P/(GaIn)As structures on Si/SiGe. For fabrication and characterisation of these structures Fraunhofer ISE provides a wide range of experimental infrastructure and calls on many years of experience. 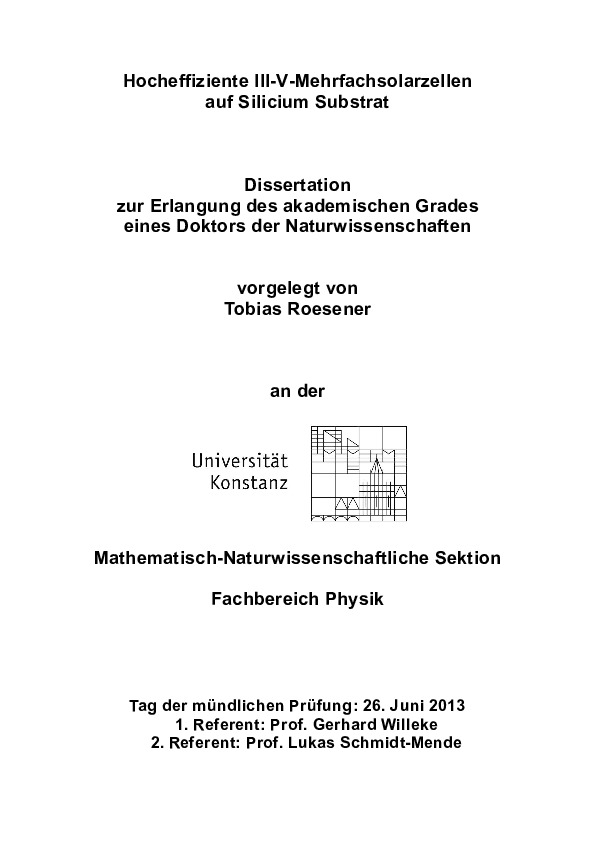