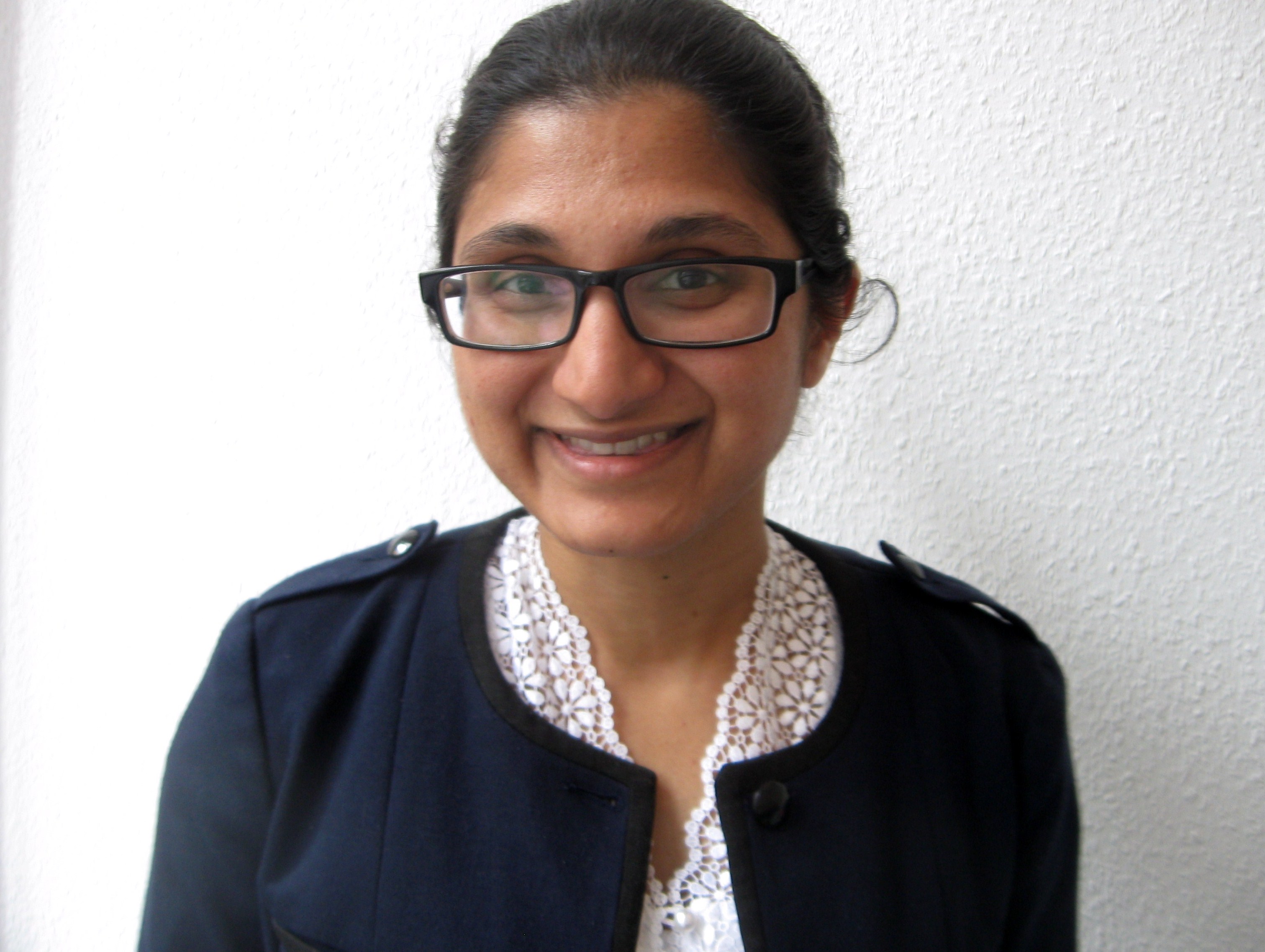 Upeksha Caldera was born in Colombo, Sri Lanka in 1988 and was raised in Jeddah, Saudi Arabia.

In 2006, after finishing school in Jeddah, she migrated to Australia to complete her undergraduate studies in Telecommunications Engineering at the Queensland University of Technology in Brisbane, Australia. In 2013, she commenced her Masters in Solar Production Technology at the Technical University of Berlin, Germany. Her master thesis was entitled ‘Local cost of seawater reverse osmosis desalination with PV and wind energy – a global estimate’. The research illustrated how projected global water demand in 2030 can be met through seawater reverse osmosis (SWRO) desalination plants, powered by hybrid renewable energy power plants, at cost levels competitive with that of current fossil-powered SWRO plants. The experience and results obtained inspired Upeksha to undertake a PhD to deepen the impact and application of her work. The research, which began in January 2016, is funded by the Reiner Lemoine-Stiftung doctoral scholarship and is entitled ‘The role of Renewable Energy based Seawater Reverse Osmosis (SWRO) in meeting the global water challenge in the decades to come’. It is conducted at the Lappeenranta University of Technology, under the supervision of Professor Christian Breyer. The details of the research topic are outlined below.

The role of renewable energy based seawater reverse osmosis (SWRO) in meeting the global water challenge in the decades to come.

Global water demand is increasing whilst the renewable water resource is diminishing. The OECD estimates that by 2050, in a business as usual scenario, 40% of the global population will be living in regions with water scarcity. This has resulted in an increase in demand for seawater desalination, with seawater reverse osmosis (SWRO) accounting for 53% of the 27 million m3/day of water. SWRO is advantageous to other desalination options because it is the option that is fully based on electricity and can be powered by renewable energy options in the future. During the master thesis research, it was shown how the 2030 global water demand can be met through SWRO desalination plants, powered by renewable electricity, at a cost level competitive to fossil-powered SWRO plants.

The key aim of the proposed research is to generate a full and well-founded view of the role of SWRO desalination in meeting the increasing global water demand and respective sustainable development. The preliminary work, done for the master thesis, was performed on the energy systems model, located at the Lappeenranta University of Technology (LUT), focusing mainly on SWRO desalination. In the proposed research, the model will be developed to analyse the impact of SWRO desalination embedded in energy systems in high temporal and spatial resolution. The model will be modified with comprehensive data sets to accurately reflect the future water stress, water demand scenarios and cost developments. The costs data will comprise the development of a SWRO desalination learning curve and cost structures for water pumping.

It is estimated that food production has to be increased by 60% by 2050 to provide global food security. The feasibility and impact of using SWRO desalination, in conjunction with efficient irrigation strategies, to sustain the agricultural sector is analysed. Renewable energy based energy systems are key for sustainable development all over the world. Systems based on solar photovoltaic and wind energy require a high flexibility of the energy system for better balancing of the intermittent resources, SWRO desalination and water storage fulfill this requirement. Other electricity-based power-to-water options for fresh water supply are evaluated, such as new adsorption technologies, which would enable off-grid fresh water supply. This would be most valuable for regions, where large-scale infrastructure investments are not viable. Thus, this research will present a scenario where fresh water can be made available to all communities whilst contributing to sustainable local and global development.