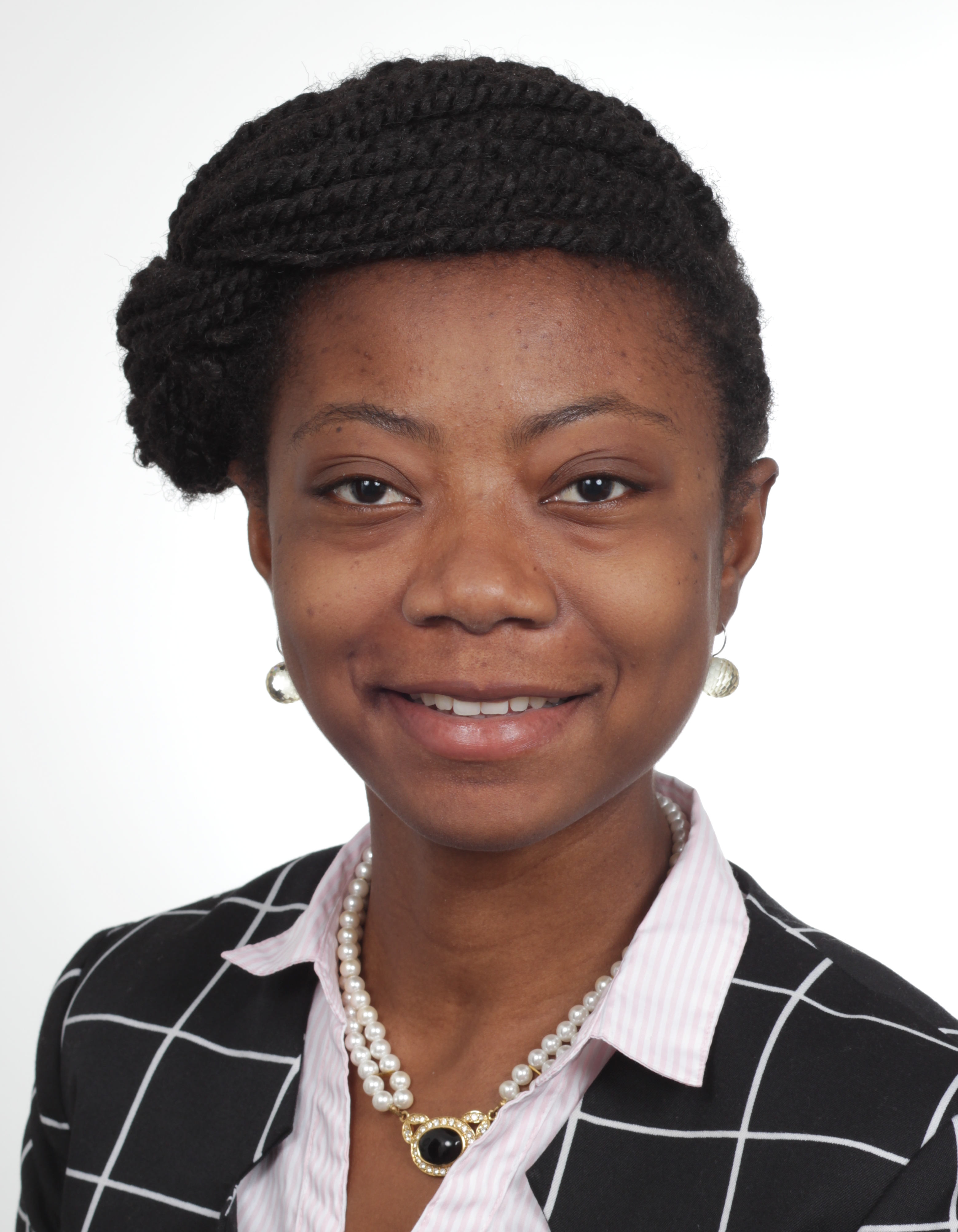 Marilyn Winifred Asmah began her electrical engineering career with a bachelor degree in the Kwame Nkrumah University of Science and Technology, KNUST, Ghana in 2006.

Her undergraduate education was interspersed with various summer internships in various disciplines of Ghana’s energy sector. She successfully completed her undergraduate studies with a bachelor thesis in Energy Management Systems, earning a Bachelor of Science degree in Electrical/Electronic Engineering with “First Class Honors” in 2010. After her undergraduate studies, she undertook a one year national service during which, she worked as a teaching and research assistant in the “Electrical Engineering Department” of the Kwame Nkrumah University of Science and Technology, Ghana. She subsequently got the opportunity to further her education in Germany through a scholarship award from the “Katholische Akademische Ausländer Dienst” (KAAD). Her master programme was in “Electrical Power Engineering” in the Technische Universität Darmstadt. During the master program, she got the opportunity to work as a student assistant and subsequently took great interest in the grid integration of renewable energies. With her interest in renewable energies and the recognition that, renewable energies can be integrated into power systems with the help of the conventional power plants, she undertook a master thesis research on the "Comparison of the Behavior of Different Voltage Control Systems for Synchronous Generators" in view of assessing the flexibility of the conventional power plants with the integration of renewable energies. With this master thesis, Marilyn completed her studies, earning a Master of Science degree in Electrical Power Engineering in 2014. She subsequently worked as a research assistant in the Department of Electrical Power Supply with use of Renewable Energies in TU Darmstadt till January 2015. She is currently undertaking her doctoral research, which is sponsored through a scholarship award from the Reiner Lemoine Institute, in the “Grid Integration of ‘variable’ Renewable Energy Sources in Ghana” under the supervision of Prof. Dr.-Ing. J. Myrzik at the Technische Universität Dortmund.

The universal increasing demand for electrical energy due to fast population growth, technological advancement and economic development of different countries, coupled with the limited amount of fossil fuels and the risk of climatic hazards necessitate a fundamental transformation in the global energy supply to renewable energies (RE) and consequently extensive changes in the design of electrical transmission and distribution networks.

Power generation from RE has increased in recent years and will continue to increase especially as the world makes a rapid transition towards a ‘green’ world. RE, which are recently being added to the power grids are mostly solar and wind energy, the so called 'Variable Renewable Energies' (VRE). Their variable nature makes them inappropriate for meeting base loads in addition to the fact that, generation from these sources are difficult to control. Although issues of variability have been dealt with before in power systems, they have mostly been associated with demand-side variability rather than supply-side variability. Due to the volatile nature of power generation from these sources, questions now arise on how supply-side variability would be managed in the power system. With high amount of RE in power systems, it becomes difficult to meet and maintain the supply and demand balance for electric energy. The development of new and flexible power infrastructures is therefore important to ensure the successful integration of RE into the power system.

As the successful integration of VRE into the power system requires the proper planning of power generation and transmission, as well as the overall performance of the power system, a comprehensive study will be carried out to ascertain the flexibility and stability of the Ghanaian power system and how ready it is to accommodate the VRE. Based on this, simulation scenarios will be created, which consider the economic and technical constraints in Ghana. Consequently, load flow analysis will also be performed on the power system to determine the steady-state operating points. A developed model will be simulated to investigate the effects of the VRE integration as well as to evaluate the optimum energy-mix for Ghana and the behavior of the auxiliary equipment under the high penetration of VRE. Power quality parameters such as frequency and voltage will subsequently be investigated.